Like millions of you, I am feeling depressed about the results of the 2016 election. Like millions of you, I am unsure what to do. Writing seems a poor effort in the face of such madness. Like millions of you, I was hopeful that with all of Trump's faults (too many to enumerate), he would surely lose the election and his brand of anger and hatred, fear and racism would be toppled for the sake of a decent, qualified woman who simply misused a bunch of emails. Surely, people would come to their senses and not give him a single state. Surely, "pussy-gate" would have toppled Trump, if not the disrespect he showed a vast majority of American people, veterans, the military, African Americans, pregnant women, etc. Surely the heartless idiocy on display on a daily basis would have weakened his chances of ascending to the White House, that symbol of all that is good in this country, the greatest seat of power for Good.

But what strikes me ironic is that by Trump being elected to President of the United States, the one country that supposedly stood for tolerance, decency, inclusiveness, whose motto was always an appeal to the vast displaced immigrant populations of the world, found a new voice in a man standing for divisiveness, hatred, and bigotry. He is exactly the type of President Osama Bin Laden would have wanted, for he has embraced all that is the worst in us as a country and people. He has revealed the dark underbelly of a United States driven by ignorance and hatred borne out of prejudice and fear and Terror.

Donald Trump is Bin Laden's legacy, for, according to him, to destroy America is to destroy her through fear. Destroy her by terrorizing her people, by making her hate the other and one another. Destroy her by demonizing what is good and decent, letting her believe that goodness and decency are inferior values, as weak values.

By electing Trump to the Presidency, the people who were swayed by his rhetoric of anger, have elected someone Bin Laden would have wanted: The Anti-Christ, an anti-humanist, an anti-Christian, a man willing to lie, cheat, steal, condemn, to get what he wants. Trump might not signal the End of Days, as prophesied in The Bible and Koran, but we are a nuclear strike on the Middle East away from that. Then Bin Laden's project will be complete. 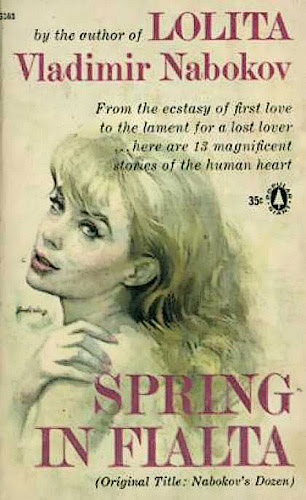 Figurative Language in Nabokov and Fitzgerald.